The members of Shiny 9 Web Design have been designing and developing custom websites for over ten years.  We’ve built websites for small businesses all the way up to Fortune 500 companies such as Toyota.

It’s not a what so much as a who.  The name is a homage to Firefly, a TV show from 2002, and from the subsequent movie Serenity (affectionately known as the “Big Damn Movie” by the show’s fans).  The phrase “the shiny nine” came from James Hance, an artist who creates fan art for many different shows and genres.

Shiny 9 Web Design is in no way affiliated with either 20th Century Fox or with James Hance.

(Nota bene:  We are also not affiliated with the ZZ Top song “Big Shiny Nine,” which is probably about a 9mm pistol, but might be about…well, let’s just assume it’s about a pistol.)

How do you build your websites?

For the most part, we build websites using the WordPress platform.  This has many benefits for our clients:

Wait, you seriously named the company after a TV show that only had 11 episodes?

First of all, to be fair, Firefly had 14 episodes, but it was cancelled in the US after 11 episodes.  The remaining three aired on the Sci-Fi Channel in the United Kingdom, and are also part of the DVD.

Secondly, we’ll be happy to discuss the merits of the show during our free consultation.

I thought WordPress was only for blogs?

Well, the platform did start out that way.  However, with the introduction of new coding technologies such as Custom Post Types, WordPress has rapidly evolved from being “just a blogging platform” to a full-fledged Content Management System.  This allows for a robust variety of different types of sites, including:

Is that the one with that guy from Castle?

Well, since Firefly came first, and since he’ll always be Captain Mal to the Browncoats, I’d suggest that Castle is the one with that guy from Firefly. But, yes.

For more information on what WordCamps are or what makes them special, read more about Shiny 9's involvement with the WordPress community. 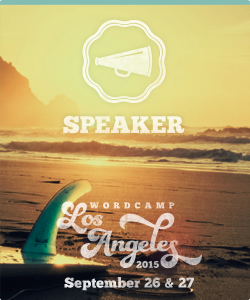